Leith - an obsessive transvestite in her mid-30s - has been involved in a ten-year relationship with her lover, Jelly, and Jelly's dead mother, whose spirit inhabits the fig tree in the garden beneath which Jelly's placenta is buried. Consumed by jealousy for the mother, and by a primordial urge to possess Jelly - a slippery and seemingly passive drama lecturer - Leith's world is cracked wide open by the arrival of Jelly's student - the exotic Chinese beauty, Hart Sommerstein. When Jelly arrives home, Leith accuses him of having an affair, and, in a shattering confrontation, they spill the horror of their relationship. In her frenzy to destroy the mother's dominance, Leith slays the tree with an axe, which unexpectedly frees Jelly.

A LETTER FROM JACK FELDSTEIN

I watched JELLY'S PLACENTA and thank Christina for giving me the DVD.

True originality is always strange to others.

In my mind, that's because while the rest of us have been greatly influenced, true originality only has itself as its reference.

Christina has made up her own language. In art. ( film, poetry, sculpture whatever).

And as opposed to being some bland, inoffensive Esperanto that the rest of us have learned to communicate with...that language is unique and surprising, dangerous and ultimately exciting.

So I understand Jelly's Placenta through that prism.

And thank and recognise and admire that Christina has the guts to be exactly who she is... through her art.

Besides that, the film is certainly beautiful to look at.

Now because I am only human and susceptible to patterns...I see similarities with Matthew Barney's The Kremaster Cycle.

Has anyone else mentioned that? 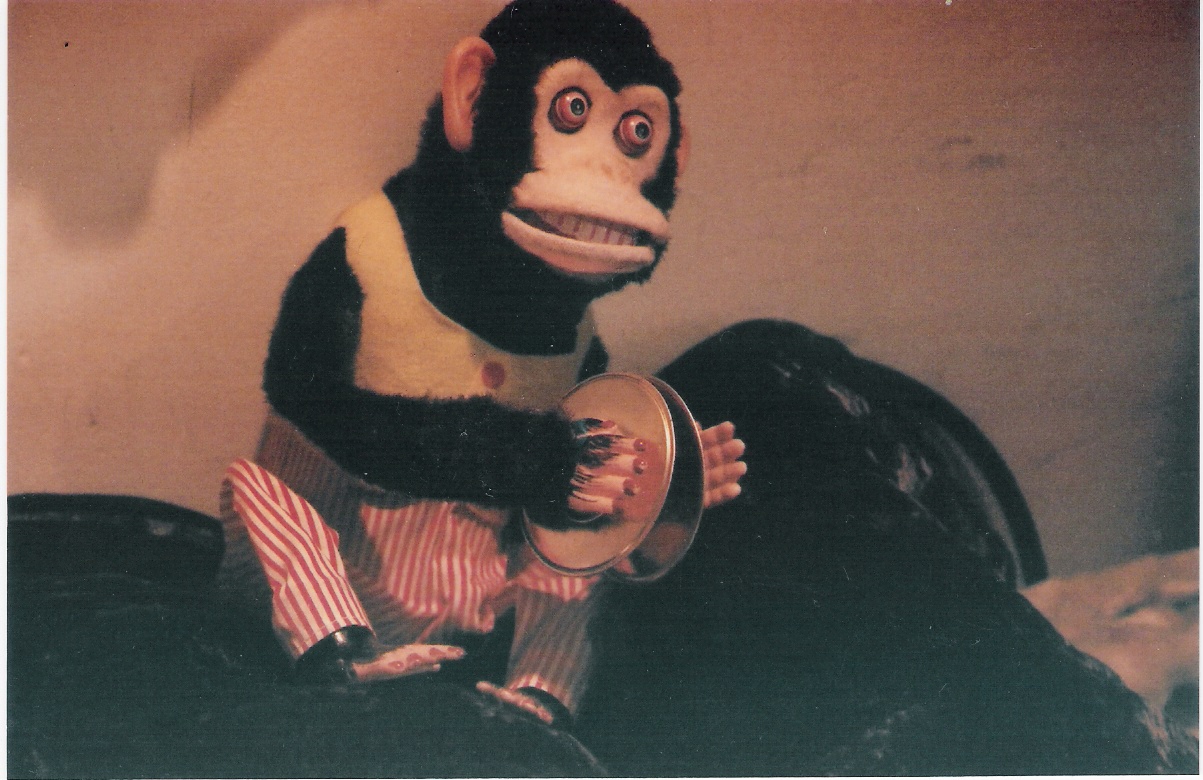 and the mad act of flinging oneself into chaos?

Siouxzi Connor:  Your film, Jelly?s Placenta, is not ?typical? in any sense and is particularly not ?typical? of Australian films. In fact I was extremely surprised to find out that your film was actually made in Sydney. Was this a self-conscious decision (i.e.: a reaction against Australian films), ordid your style develop more organically?

Christina Conrad:  No, Siouxsi, it was not a self-conscious decision, or a reaction against Australian film; I did not develop a style. As one of the obsessed I live to birth ideas, recognising there is creative life in a stick, a crumb, a thread, the lip of a jug, a crack? in an old floor, the croak of a bullfrog? One flings oneself into a whirlpool of energy. The mad act of flinging oneself into chaos without proof of the results acts as a catalyst on one?s creative presumptions, beliefs, memories, knowledge, dreams, nightmares. One becomes a conductor of the visible and invisible, of voices, howls, entreaties of those who intend to interfere with the birth of a legend. One listens to the voices of those who died without a name, without justice. One crouches inside the legend, stuck, choking on the stuff of the legend. One must give birth to the legend or it shall devour one.

The legend wrapped in the white bark of a fallen memory splits open. One must not eye the fruit of the legend nor suck, smell or swallow the golden seeds. Lifting them up in a cradle of invisible hands one carries them to the island where souls are stacked higher than plight at her highest pitch. In this way, obsession, parading as an hermaphrodite, gives birth to legend.

Siouxzi Connor: Please tell us about the casting process for this film ? was it difficult to find the right actors for these very specific roles?

Christina Conrad:  Siouxsi, the casting for Jelly?s Placenta was long, arduous. The eyes fell in and out, ears deafened by trumpeting of white elephants. In the broken courtyard, actors came, went, through rippling doors, past two monkey masks. For many moons I cried out for a Jelly John, a Leith Law, a Hart Sommerstein. Slowly, slowly, they came upon the fruit of the legend, as if in a dream. They counted the invisible seeds. Their voices, penetrating rose-lacquered throats, words floating on the fine skin of a legend, deciphering the language of the white bark. I worked longer with the lady, Leith Law (Marc Carlis), stretching his voice through the heliotrope sheath of an ancient caul.

Siouxzi Connor: Your work as a sculptor is a great asset to the mise-en-scene and the overall atmosphere of the film. Were you a sculptor before a filmmaker? If so, what was it about film-making that appealed to you as an artist?.

Christina Conrad: For most of my life I have created, woven the bloody thread of legends as a painter, sculptor, poet, destroyer, builder, hammering on that mad anvil of life and death, pierced by ego?s thorns. Jelly?s Placenta is my first movie. I am obsessed with the medium of film.

Siouxzi Connor:  How did this particular story evolve? It seems to be steeped in fable and even tribal mythology.

Christina Conrad:  The story of Jelly?s Placenta evolved from a vision of the universal plight of male and female in their mad, subversive quest for love whilst the hermaphroditic potential slumbers. In the rampant male desire to return to the womb, to mount the blood red throne (the cunt), my lovers become huge, angry, enchanted babies, howling for the eternal mother, rocking in cradles. They bang huge pink seed rattles, erected on a collapsible pinnacle of desire, lunging for the holy bosom, spurting in a fountain of poisonous milk. Ah, the plight of men and woman in their quest for love, gyrating on that collapsible stage of life ? death. The bloody curtains parting, closing, the hand of fate throttling, manipulating life after life, self upon self, pleading for union, unable to unify.

Siouxzi Connor: What helps you to maintain this fearlessness in your film-making?

Christina Conrad:  Rampant fear!  Fear creates fearlessness! One must be prepared to lose everything. One must not pin the legend down. One must let it float out.

Siouxzi Connor:  Any tips for other filmmakers trying to crawl out of their ?creative shell?!?

Christina Conrad:  One must be prepared to wear the hat of the fool.

In collaboration with a group of Aboriginal boys in the bush near Moree, New South Wales (Australia), director, Christina Conrad, and cinematographer, Melissa Anastasi, created a group-devised "infomercial" about the dangers of tobacco and alcohol abuse and addiction among Aboriginal youth. Sponsored by MetroScreen and the NSW Government, the film was one of a series about drugs and addiction. Shot on location over two days with a two-day pre-production and story-development phase, the film presents a unique and fresh take on a chronic problem.

The unexpurgated, feature documentary about artist and filmmaker, Christina Conrad.

Produced by Heretic Films. Trailer will be available shortly.